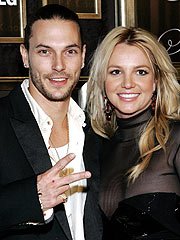 Britney Spears announced on David Letterman this week that she's expecting her second baby. Not that she's ever been known for her subtlety, but this news is about as old as the sandwich still rolling around in my backseat leftover from the 4th of July picnic we had back in 1982.

Rumors have been flying for weeks about all manner of things - the new baby, her cutting K-Fed off, K-Fed running amok in Vegas, her hiring of a bodyguard to watch K-Fed's every move - you know, the normal kind of rumors.

Now we know this one is true. Little Sean Preston will have a new baby sister or brother soon. Let's all hope and pray that they haven't bashed his head in by the time Brit goes into labor. 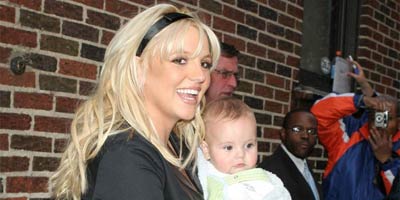 Does anybody else think this is a wig? It's just a little too 'Pamela Anderson' to be real, you know? Little Sean is rocking the cuteness, though.
Posted by Kate at 11.5.06