Back By Popular Demand 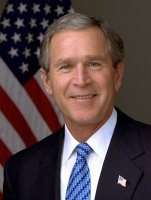 Woody recently told the Beast that he enjoys my political rants, so here's one for the Woodman:

On one hand I do agree that, for the most part, if you're not doing anything wrong, you have nothing to worry about. However, history shows that power corrupts, and ultimate power corrupts ultimately. If you think this administration is pure as the driven snow, then you're so naive you should be wearing a diaper.


I've said it before and I'll say it again (well, plagarize again): I love my country, but fear my government. And now, back to your regularly scheduled drivel.
Posted by Kate at 23.6.06