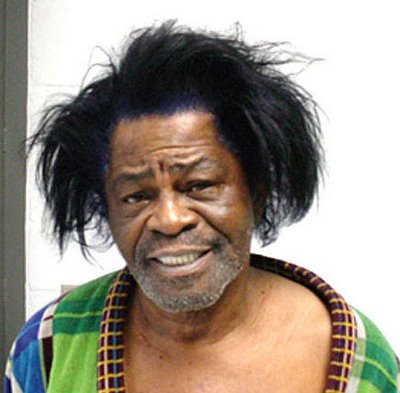 This is not good. James Brown, the hardest working man in show business, seems to have a thing for putting the beat down on the ladies in his life.

[James] confesses he has treated women abominably, but he insists the ladies in his life needed to learn "their limitations". The IT'S A MAN'S MAN'S MAN'S WORLD singer has been slammed with numerous accusations from former partners who claim he was abusive and controlling. But Brown, who spent two years in jail in 1989 on drug, firearms and violence charges, believes he balances his rough edge by "taking care" of his loved ones. He says, "I got back to how it was years ago, when men controlled women. "A woman should know her limitations, as a man should know his obligations. I'm going to stay into that philosophy. Unless I quit reading the Bible. "You can't give a woman limitations if you don't find your obligations. But once I've taken care of her like a queen, I'm not going to go along with so much. "I did do some of the things reported and admittedly, they weren't so great."

Wow. I'm glad he's able to 'admit' that pounding on someone else isn't 'great'. On the other hand, after just a cursory viewing of the above photo, what are these women thinking? I don't want to get into the whole "blaming the victim" thing, but jeez. He seems just a trifle bit unstable. Dontcha think?
Posted by Kate at 5.7.06