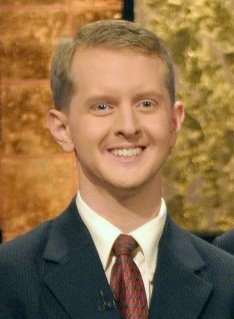 Ken Jennings, the egghead who won a crapload of money on Jeopardy wrote an open letter to the show. Some choice tidbits:


Maybe when Art Fleming was alive, America just couldn't get enough clues about "Botany" and "Ballet" and "The Renaissance," but come on. Does every freaking category have to be some effete left-coast crap nobody's heard of, like "Opera," or, um, "U.S. History" or whatever? I mean wake me up when you come up with something that middle America actually cares about. I think it would rule if, just one time, Alex had to read off a board like: