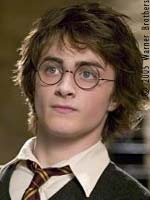 In a story that totally squicks me out, Reuters is reporting that Daniel Radcliffe, the kid who plays boy-wizard Harry Potter, will soon star in a West End production of "Equus." The part he'll have is that of a psychologically disturbed stable boy. In the production, Daniel will appear on stage completely naked.

Apparently, it's some sort of bid to be more grown-up so that he'll be considered for darker, more interesting projects once the Harry Potters are done.

All I can say is Dan better keep an eye out for stalkers and super-fans because those Potter People are very excitable.
Posted by Kate at 28.7.06