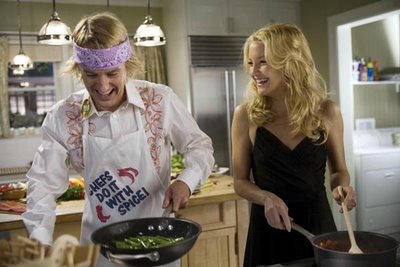 I knew there was a reason behind the big split between Cutie McGee and Hairy McWhatshisname. Apparently, hilarious hi-jinks weren't the only thing Kate Hudson and Owen Wilson were cooking up in their most recent summer "comedy" You, Me, & Dupree.

According to US Magazine,

Hudson has spent several nights at her You, Me and Dupree costar’s Santa Monica, California, pad in the last few weeks. “This is not a fling,” says a source close to the couple. “Kate is crazy about him. Owen gives her so much attention, and she loves it. [That’s why] she wants her marriage to be over.”