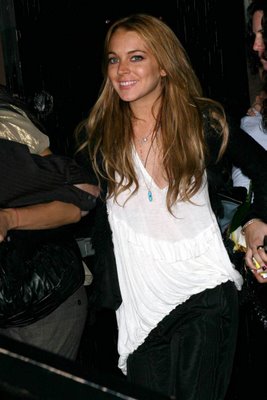 The old Hollywood guard is starting to sound off about Lindsay Lohan. William H. Macy had plenty to say while doing the press junket for his new movie, Everyone's Hero:

"You can't show up late," said Macy. "It's very, very disrespectful. I think what an actor has to realize (is that) when you show up an hour late, 150 people have been scrambling to cover for you," Macy told reporters Thursday. "There is not an apology big enough in the world to have to make 150 people scramble. It's nothing but disrespect. And Lindsay Lohan is not the only one. A lot of actors show up late as if they're God's gift to the film. It's inexcusable, and they should have their asses kicked." When asked about Lohan's work on Bobby, Macy paused and said, "She was pretty late." He added, "I worry about these young kids 15, 18, 20 years old who in the span of one year become millionaires and powerhouses. It's too much power for a kid that age to handle."

You tell her, Bill! These kids today. No sense of where they want to be in 20 years. In Lindsay's case, she'll probably be making her umpteenth trip into rehab, bloated, married five or six times and a face like a leather purse. I totally can't wait.
Posted by Kate at 24.8.06