The End Of The Fairy Tale 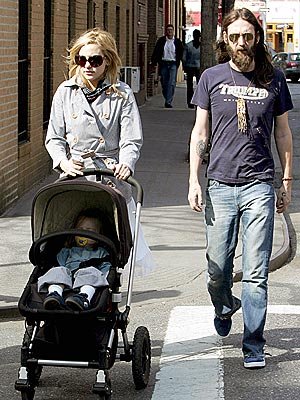 In news that has shocked no one, Kate Hudson and Chris Robinson have decided to call it quits and are separating. What a shock, huh? Cute, perky blonde girl + stoned, rock 'n roll slacker = match made in heaven, no?

A rep for the You, Me and Dupree star confirms that the couple are separating after nearly six years of marriage.

In September 2004, while shooting Skeleton Key in New Orleans, Hudson told PEOPLE about her relationship with Robinson since Ryder's birth: "We're sharing something so gigantic now. I think it's the best we've ever felt being together."

Seriously, though, look at the two of them. She looks like she belongs in a J. Crew catalog and he looks like he should be stalking her.
Posted by Kate at 14.8.06