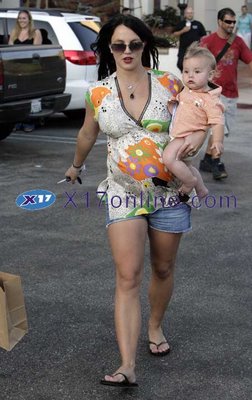 The infant, born Tuesday at a Los Angeles hospital, now has the same initials as his big brother, Sean Preston Federline.

The boys also (almost) share a birthday – Sean Preston turned 1 on Thursday, just two days after his brother was born.

Sean, Sutton; Kori, Kaleb. Every time you get a new lady-friend, you get yourself a new letter. K'Fed is so smart. Or is it Britney that's smart? I guess it's a toss up at this point.
Posted by Kate at 16.9.06