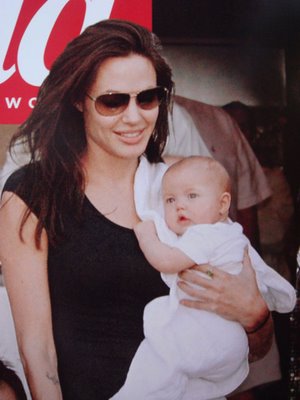 I have no idea where the hell this is or what's going on.

You can sort of see Maddox's head in the bottom left of the picture, which would explain why Shiloh is kind of sliding down Angie's front with no hand supporting her little bottom.

Shiloh looks funny, though, doesn't she? A little too Sean Preston-esque for my liking. Maybe it's just the effect of having Angelina's lips on a face that looks like Brad Pitt.

I sort of want to double check that K'Fed was no where near the Mr. & Mrs. Smith set, though. 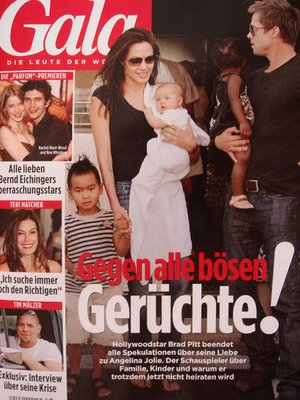