The Day We All Knew Would One Day Come 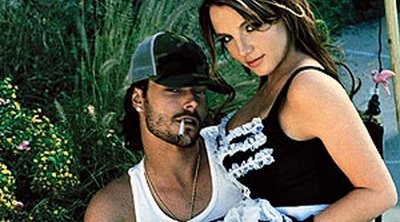 No, not the election and the retake of Congress by the Democrats (fingers crossed, though...), but the day Britney dumps K'Fed like we always knew she would.

Citing "irreconcilable differences" she filed the papers yesterday and may I be the ten thousandth to wish you congratulations on what was probably not a very difficult decision at all. You did the right thing.

In her petition, Spears asks for both legal and physical custody of the couple's two children, one-year old Sean Preston and two-month old Jayden James, with Federline getting reasonable visitation rights.

As for money, sources tell TMZ the couple, who married in Oct. 2004, has an iron-clad prenup. Not surprisingly, Spears is waiving her right to spousal support. She's also asking the judge to make each party pay their own attorney's fees.

Spears gives the date of separation as yesterday, the same day she flaunted her incredible revamped physique during a surprise appearance on David Letterman's show. Sources tell TMZ there was no single reason for Britney pulling the plug, rather, it was "a string of events."

Here she is with Dave looking astonishingly normal, or at least, back to normal for her: 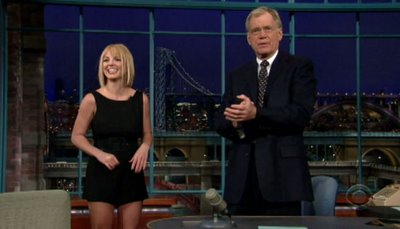