It was another fabulous time up in Ballston Spa, NY. Let me take you through the photographic evidence of the fabulousness: 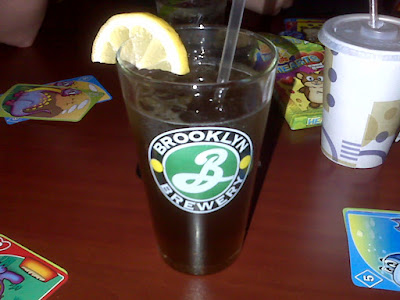 First, the Long Island Mistake I ordered at around four-thirty. I felt like maybe I was getting a little routine in ordering vodka sours all the time, so I put my thinking cap on and realized that it's been about ten years since I've ordered a Long Island iced tea, and since I was IN New York, what the heck?

About two seconds after it arrived I remembered why it's been ten years since I've ordered a long island iced tea. They are STRONG! Did anyone else know this? I mean, like I could take out my earrings and sterilize them before loaning them to a friend kind of strong. The glass was full when it arrived and you can see how much I drank. After that I stuck to my old stand-by. 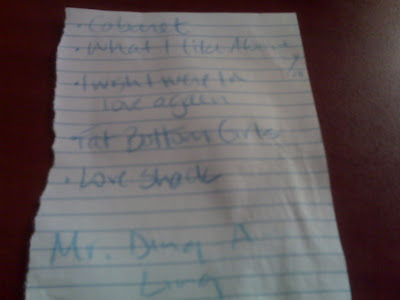 Here's my "set-list" for the night. In case you can't read it, it says, "Cabaret, That's What I Like About You, I Wish I Were In Love Again, Fat Bottom Girls, and Love Shack". At the very bottom you can see an extra little note that says, "Mr. Ding-A-Ling."

Mr. Ding-A-Ling is listed because while driving around I noticed a disturbing number of trucks that said, "Mr. Ding-A-Ling" on them selling ice cream. With horror I asked Joy if this is what the ice cream man is called in Ballston Spa and she confirmed my terrible suspicions. 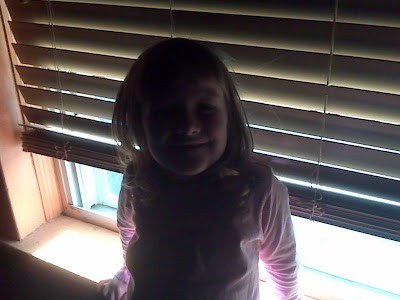 The only picture little Katherine would pose for and it's too dark to really see anything. Such is life. 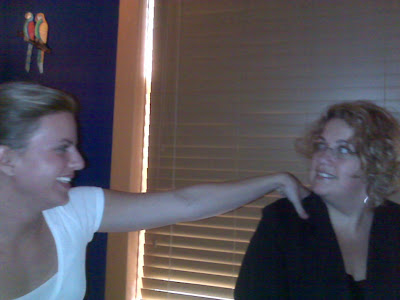 Here's Becky showing great affection for MP. While we were sitting around the table having a good time, the bartender came over with a free refill on Becky's coke, and told her it was compliments "the guy at the bar with glasses". Becky looked over and recognized him from somewhere. They shared a few seconds of banter before she turned back to us and drank the coke. He was there with friends and when they left he dropped a napkin in her lap. It said: 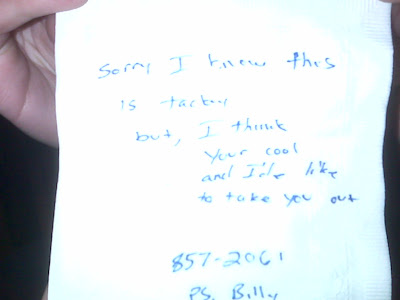 We waited for him to get to the front door and leave before we tore his note apart from spelling to waiting until the PS to add his name. 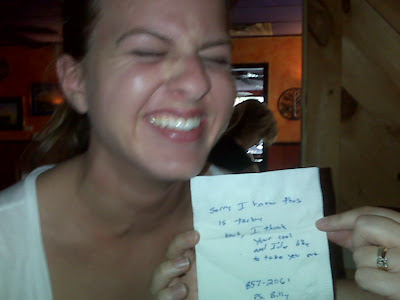 We are evil ladies who judge others. We can't help it.

I only wish you'd added the couch-carrying man seen on Milton Ave.

Aww, I feel a little bad for Billy. The schools and his parents failed him. And he's a grown man who goes by "Billy". There is no spellcheck on bar napkins!

Ugh. Love the pic where I look like a mentally challenged ape.
I would never consider dating Billy, but I never took Jimmy up on HIS offer. I could have been riding around in a dump truck or on a motorcycle Monday. Darn.

That pic of you is AWESOME, becks! You look like you're laughing your ass off, which is what I think you were doing at the time, so I captured the moment perfectly, imho.