It was another fabulous weekend (i.e. overnight stay) in Ballston Spa, NY made even better because Katherine was having her first dance recital.

Joy and I had lunch as always at the Whistling Kettle and then we hit Sunset Cafe for some Fried Ice Cream. You can see that we pretty much annihilated it. 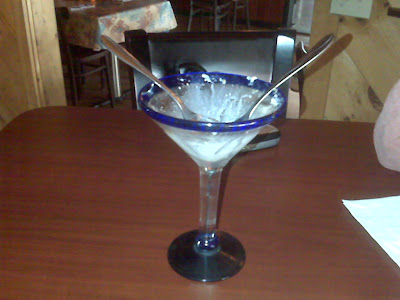 Then we picked Kat up from daycare, got her ready (which included showering her and doing her hair and makeup) and headed over to the high school where the performance would be. (See getting ready pics here.)

Here she is in her first costume posing the way we thought a dancer might pose: 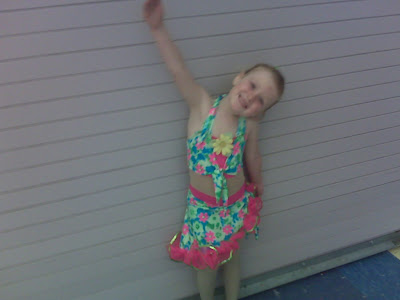 And here she is with some flowers she's just received: 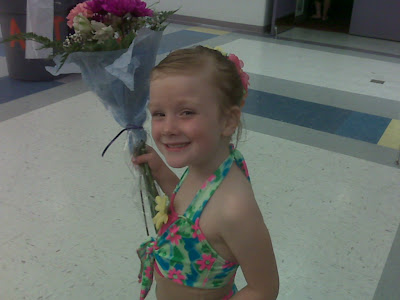 Between her two performances there was a costume change, and in the middle of her second number she saw us in the crowd (we were up pretty close) and Joy gave her a thumbs up to tell her she was doing a good job. Without missing a beat, Kat returned the thumbs up, much to the delight of the entire audience. 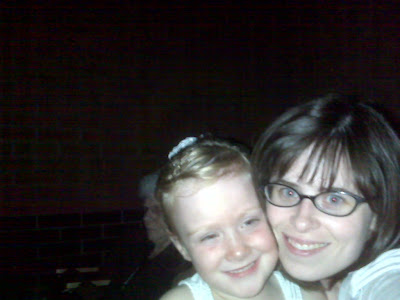 During the other performances, Kat was with us in the audience. Here she is mimicking the arm movements of the ballerinas on stage: 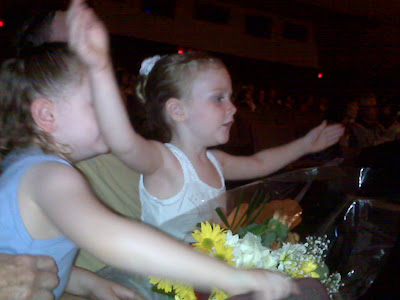 And afterward, here she is posing again (don't miss the pink crocks!) 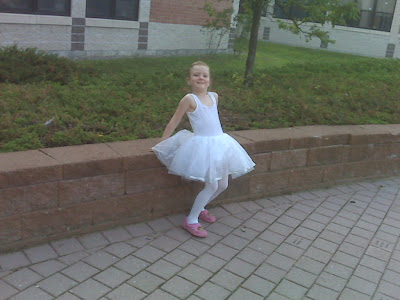 And then it was off to Sunset again to meet up with friends and start the night. I thought I'd start things off with a big ole Cosmo: 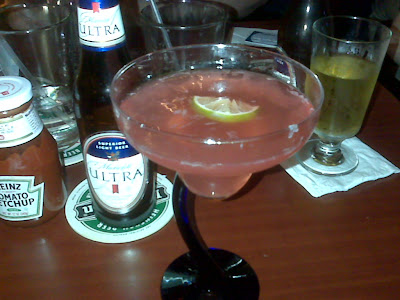 Here's Joy and I getting ready to par-tay: 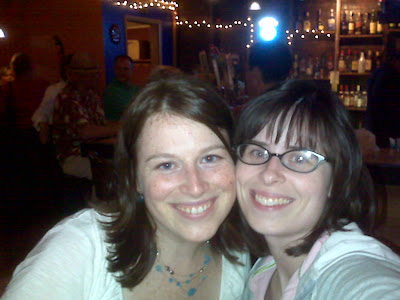 And, skipping way ahead, here's the carseat that I would eventually ride home in. Long story. 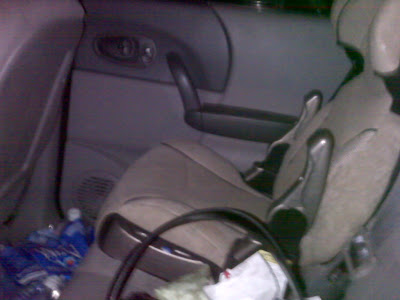 Finally, here's Becky at the end of the night, saying (I think) good bye. Or maybe she's just dancing. 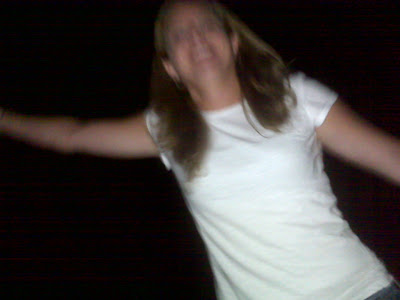 Either way, it was awesome and as soon as Joy posts the pics from her camera there might just be one of me actually IN the carseat. If that happens I promise to tell the story when it finally goes up.

ETA: Joy posted the pics so here they are: 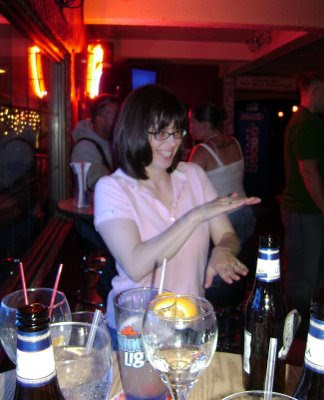 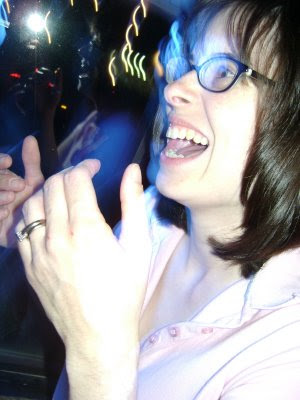 Okay here it is, and here's the story. There were three of us in the car to start with but at the end of the night of one our compatriots decided that she better not try to drive home so then there were four of us in the car, but there were only three available seats, the fourth was occupied by the carseat. They voted that I should be the one in the carseat and I was quite unable to argue the opposite point of view, hence: 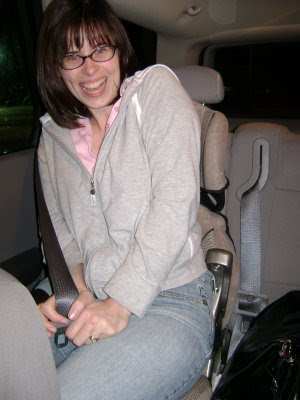 I loved you in the carseat! That was awesome.

That blurry photo of me was from when we were leaving round lake...you were sitting on the pavement in the parking lot taking a picture of me because you said I am hugely tall and you were trying to make me look as big as possible. And you were drunk, so it came out blurry. Haha. My mouth still hurt yesterday from all the laughing Fri. night.

Wow, I had completely forgotten about that until just now. Good call, Becks. Thanks for filling me in.

Glad you had a good time.

lol these pics are great! you in the carseat is awesome! glad you had a great time!

So much fun! Love the car seat - you are lucky you actually fit into it!