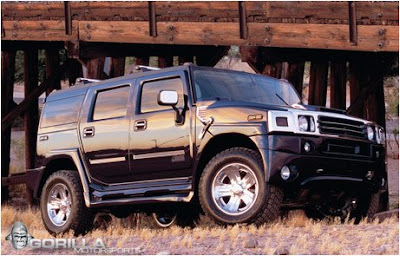 Call me crazy [Crowd: You're Crazy!], but haven't the domestic automakers already "failed" if they're asking us for yet another huge wad of cash?

I mean, don't get me wrong, I like the idea of saving someone's job, but these guys have fought for years so that emissions laws and miles-per-gallon laws aren't passed, they continued to churn out Hummers (and were rewarded for it) while ignoring hybrid technology that could have allowed for "greener" cars, and they've been "failing" for years because they don't earn more than they cost.

So I'm going to steal an idea that I heard on Bill Maher the other day and suggest that oil companies bail out the car companies. Who better? They've certainly got the cash and I think it's their turn to scratch a back or two.
Posted by Kate at 18.11.08

That is a brilliant idea!!!