I've been on a staycation this week and it's been fabulous. Here is a list of awesome things that have happened this week.

1. The flowers I ordered arrived and as soon as it warms up I can plant my garden.

2. My dad sent a few raspberry bush cuttings so I'll soon be able to plan those, too.

3. I've been able to schedule lunches with friends I haven't seen in a while and catch up with people I've sorely needed to catch up with.

5. I met Joy at Penn Station and we walked all the way down to the Tenement Museum on the lower East Side (well, almost. We caught a cab at NYU and drove the rest of the trip but at that point it had been an hour of cardio and we were pretty done.)

6. On the way to the museum, which didn't open until one (we arrived at quarter to twelve - doh!) we saw a few things that made us laugh. In no particular order, here they are: 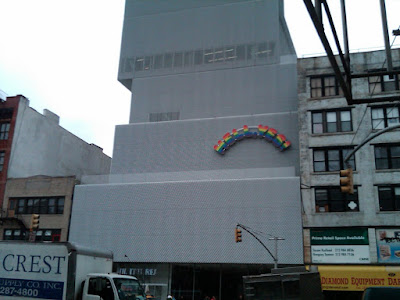 In rainbow, this building is saying "Hell, Yes!" and the double message was just too perfect not to capture. 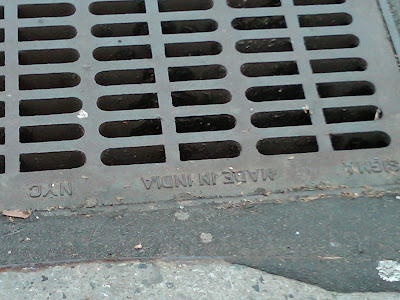 Did you know that our sewer grates are made in India? True story.

7. The Ex, a kitchen gadget/appliance/piece of artwork finally arrived and is now prominently displayed in my kitchen: 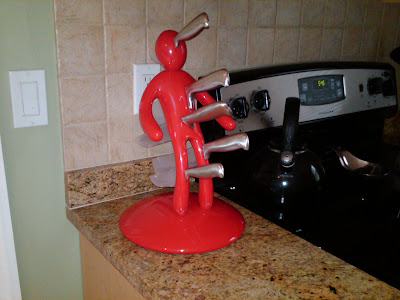 Tell me you're not jealous.

8. I got to introduce Joy to some of our new favorite restaurants like the Stagehouse in Scotch Plains.

9. Joy's new glasses (technically these didn't happen this week, but they were debuted to me this week) which pretty much make us look even more like sisters than we ever did before. 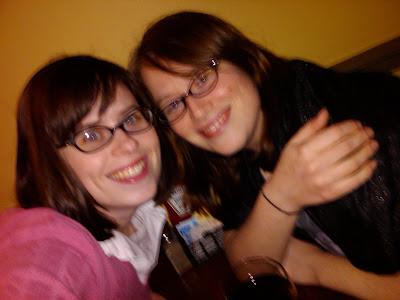 Pretty awesome week if I do say so myself. Hell, yes.

What a great week you had! I'm so glad Joy got to visit you and play in the city! The "Ex" is gruesomely intriguing.