After we got back from the Aquarium it was about three and we were starving, so we had a late lunch and then took naps. It was awesome - as a non-napper I really need you to understand just how fantastic the nap was after so much walking.

The game started at seven-oh-five and since we were literally across the street we headed over at quarter to.

I believe I posted a pic of the stadium from our hotel room. Well, here's a picture of our hotel from our seats: 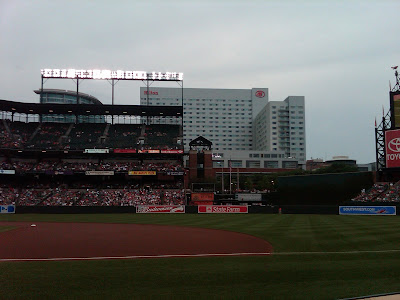 We were CLOSE. And the seats were phenomenal. 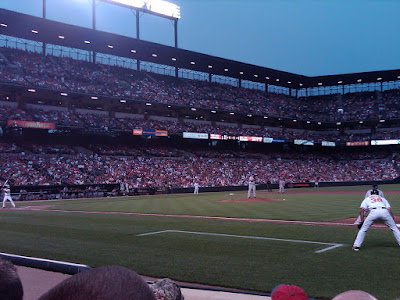 That's first base behind number 30, just in case you weren't sure.
Did I mention the seats rocked? 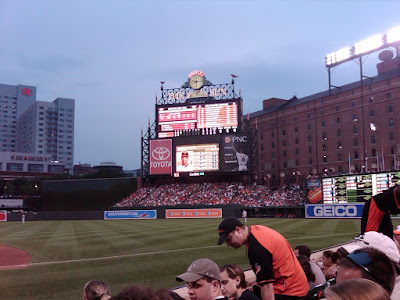 The building behind the score board is the Sports Legends Museum which is where Geppie's Entertainment Museum is housed. So that was a very walkable trip from the hotel, too. 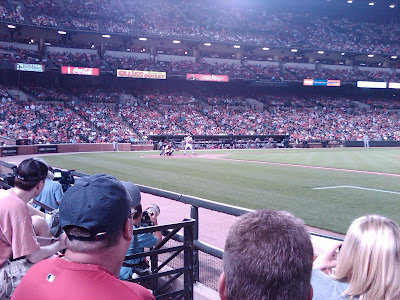 The crowd - notice all the red and blue worn by all the BoSox fans in attendance. I learned that weekend that Camden Yards is referred to as Fenway South. Very appropriate considering how many Boston fans were in town. Our hotel was FULL of Sox jerseys and hats and t-shirts. 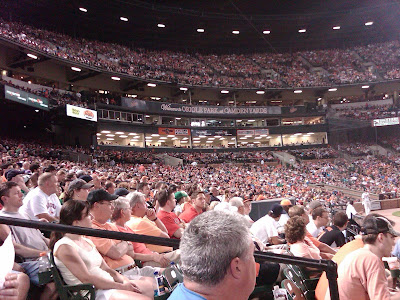 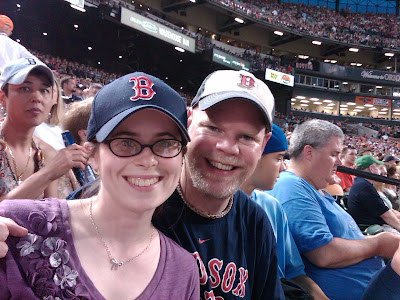 Happy Anniversary and Happy Birthday! What a weekend!