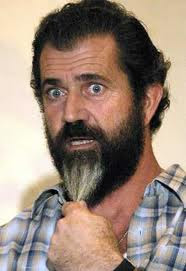 Because I gave him crap, I also have to give Leo DiCaprio credit.

Asked if Leo still planned to be involved in the project, a source close to the ‘Inception’ star told Radar, “Not a chance.” The film would have been the first collaboration between the two.

Nicely done, Leo. We appreciate your snub of the now infamous Mel.

Thanks for the update - glad to hear it!

What project was this?

Also-remember when Mel was hot and normal? What a waste.

Who would work with this Bozo now???