Dancing With A Shotgun 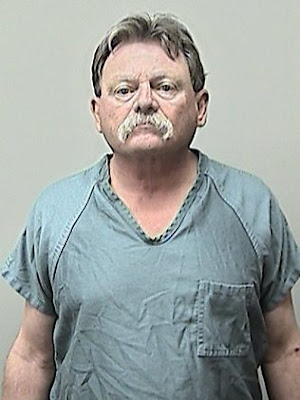 From the Wausau Daily Herald:

Prosecutors say a rural Wisconsin man blasted his TV with a shotgun after watching Bristol Palin’s “Dancing with the Stars” routine, sparking an all-night standoff with a SWAT team.

According to court documents, 67-year-old Steven Cowan became enraged while watching Palin dance on Monday evening. He felt Palin was not a good dancer.

He went to his bedroom and returned to the living room with a shotgun and blasted the TV, then pointed the gun at his wife, who managed to escape and call police.

He has been charged second-degree reckless endangerment, a felony punishable by up to 10 years in prison and $25,000 in fines. It was unclear whether Cowan has retained an attorney.

I have to be honest, here, though. My biggest problem is calling her a "star". Now, if this were "Dancing with the Coat-Tail-Riding-Politically-Challenged-Hillbilly-Teen-Moms", then I'd be fine, but calling Bristol Palin a star is beyond the pale.

Never having watched the show I can't give any opinion on whether Cowan was right and that she's not a good dancer. However, any TV that displays any Palin for any amount of time probably does need a good exorcism and a shot gun is as good a way to destroy the demons as any other.
Posted by Kate at 18.11.10