Hello and welcome to the Bafta Slam! I know what you're thinking. The Grammy Slam was just yesterday, where does this girl get her energy and stamina? Well, Possums, I do it all for you. The back-breaking labor of thinking up witty repartee and then typing it down is ALL for you. I work through the pain of typos and finger cramps because you deserve the best damn Slam I can give you.

The categories are Yikes, Meh and Hoo-ha! 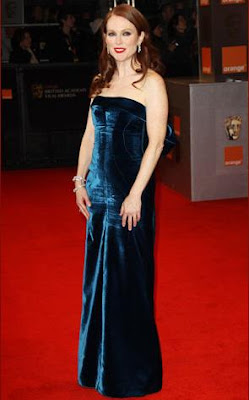 Julianne Moore
I am so totally torn on this one. This deep blue velvet gown is nice. I like that the rich fabric is contrasted by the simplicity of the cut. Julianne Moore can't go wrong with a strapless gown. 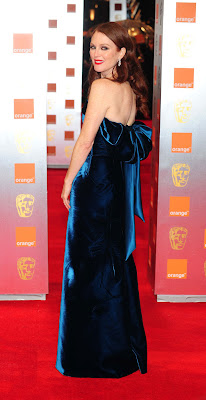 However. The ginormous satin bow attacking her back is ruining it for me. 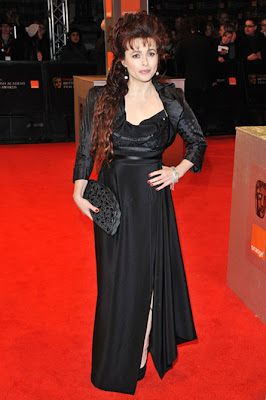 Helena Bonham-Carter
Yowza. Girlfriend went from batshit-crazy to boringsville in seconds flat. How is that even possible? Still, at least her hair is combed. That's huge. 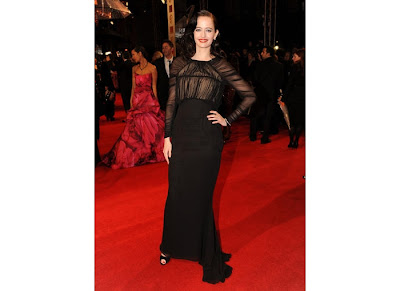 Eva Green
Yikes. Could this dress be more aggressive? From the waist down I don't hate it, it's just on the boring side. From the waist up I'm not sure exactly what I'm looking at. Black tulle. Over nude material. With a strange horizontal line across the girls. Blech! Eva, honey, you're a super pretty girl. You can seriously do much better than this. You were a Bond Girl for god's sake! 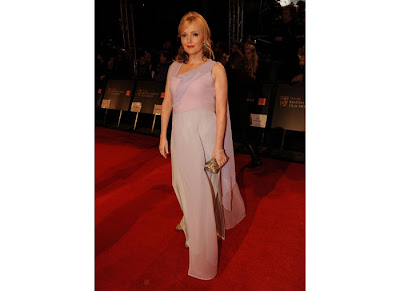 Miranda Richardson
Ms. Rita Skeeter herself in the flesh. And that's just what this looks like. This lilac chiffon is simply too pale for her. Instead of setting off her skin it's sort of clashing with it. Bad color choice, my friend. Also, it's like there are three bad color choices because the skirt looks different from the bodice which looks different from that weird diagonal sweep of chest fabric. Yes, it could have been much worse, but you guys, it could have been so much better. 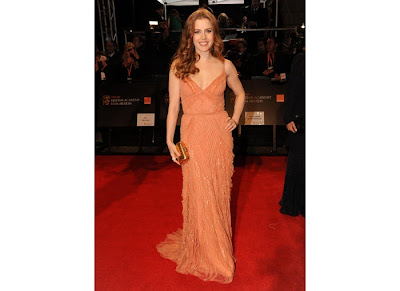 Amy Adams
The color is okay, the texture seems kind of aggressive (are those beads?) and the cut is awful. The line at your waist should slim you, not call attention to your hips. Just saying. Also, did she have some face-work done? I feel like she doesn't look like Amy Adams anymore... 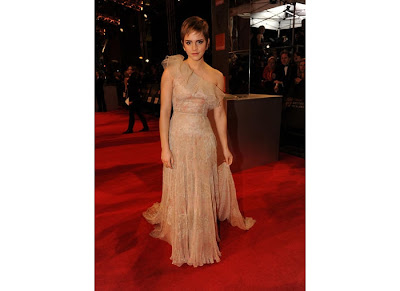 Emma Watson
I really, really, so totally want to like this. But I don't. The color is working against her. It's not flattering is flattening. I wonder if the designer saw her in it and said, "You know, it's needs something. Something to perk it up. I know! A giant ruffle!" Except that doesn't do anything except call attention to the fact that it needed something to perk it up. I do love Ms. Watson's hair though. Even in this dress she is utterly adorable. 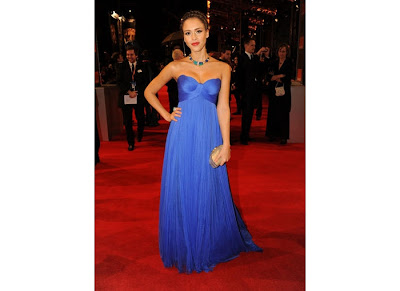 Jessica Alba
How in the HELL did J-Alb get an invite to the Baftas? She can barely stumble through a script on THIS side of the pond. Don't tell me she's been cast in something British and worthwhile. Also, I feel like I've seen this on her before. The color is great for her skin but the bodice feels just slightly too small and overly structured, like when she sits down the bottom digs into her ribs. 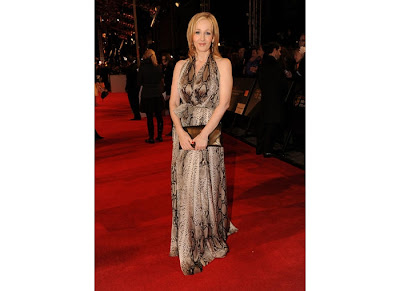 J.K. Rowling
I think this might be the first time I've seen J.K. at an awards show where her girls are completely under wraps and in no danger whatsoever of getting away from her. Kudos! Yet, the gown itself is rather on the ho-hum side, which is weird because reptiles are rarely ho-hum. 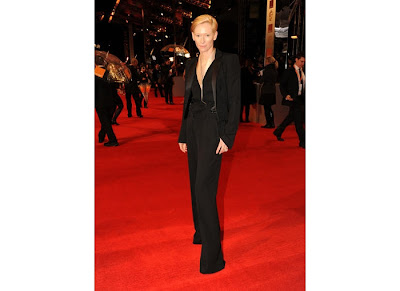 Tilda Swinton
La Swin is looking shockingly normal, dontcha think? She IS wearing pants, but still. The worst thing I can say about this is that the pants haven't been properly hemmed. Also? Would it kill her to put on some make up?

And now my favorite category:
Hoo-ha! 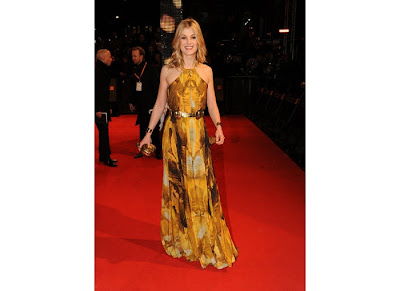 Rosemund Pike
I'm not usually a fan of these weird Rorschach prints, but this one isn't bugging me at all. I like the looseness of the fabric and I like how it kind of matches the looseness of her hair. The color is good on her and the fit is great. I even like the belt and you guys KNOW how I feel about belts and gowns. 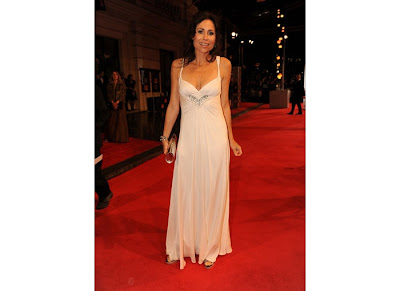 Minnie Driver
A simple white sheath with diamond-y accents? Sign me up, please. Minnie looks great. The color is good, she doesn't look like she's waiting for the minister to signal the organist and I like her hair. Very good showing! 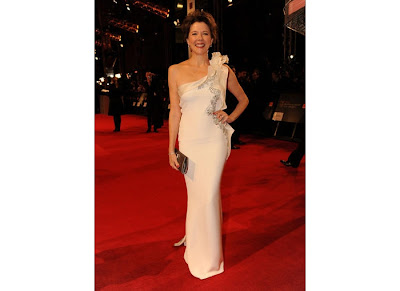 Annette Benning
Bangin! Annette Benning is bangin. I am so, so glad that she worked through her funk at the Globes and is finally working the carpet the way the carpet wants to be worked. This is fantastic. The silver accents along the left side make this dress even sexier and the shoulder ruffle is small enough that it adds to the look rather than stealing the show. 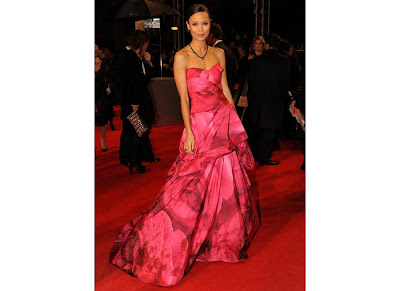 And that's it. I hope you've enjoyed the fun and the folly.

Until next time, don't be afraid of color, but do be cautious of orange.