Unprecedented: The After Party Slam

Okay, I know I said we were done with awards season but I had no idea I'd stumble across a few pics from the many after-parties. And, since there were a few people who changed into something better/worse and a few others whom I didn't get at all I thought it was worth the post-slam slam.

Shall we? Categories are the same: For the Love of Gawd, Not Heinous, and Babelicious.

For the Love of Gawd 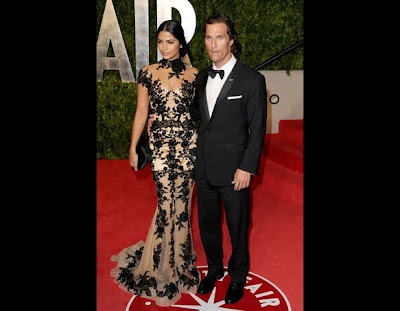 Camilla Alves
I really want to know what she thought was wrong with her first gown that made her change into this monstrosity. I could live with it, I guess, if it weren't for the strong dickey around her neck. 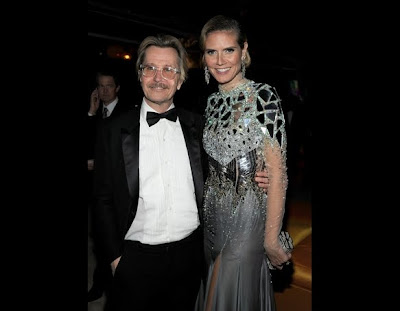 Heidi Klum
Talk about wearing a disco ball. Or rather, talk about turning into the embodiment of those three villains at the end of Superman, trapped in a mirror. Awful. 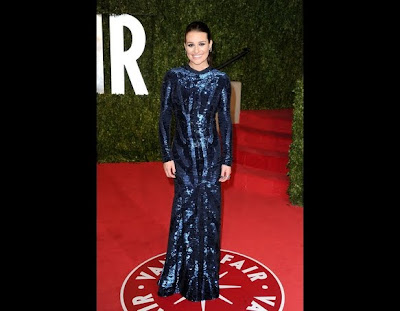 Lea Michelle
Honey, when I said I didn't want to see your entire sternum every time you walked a red carpet I didn't mean you had to go to these lengths to cover yourself up. Have you been reborn as Estelle Getty? Gawd. 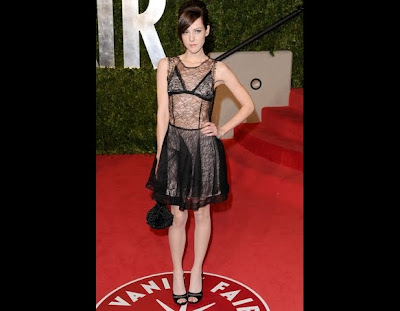 Jena Malone
Okay, what the hell? Did you not get invited to the Oscars and this is your revenge? Showing up to an after party looking like you're wearing your mother's underwear and slip? I don't even know what to say except for the LOVE of gawd. 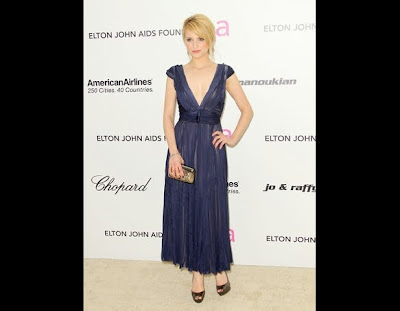 Dianna Agron
This looks like something i would have chastised Lea for wearing not long ago and I like it but I don't love it. I wish it had either been a full-on floor-length gown, or a to-the-knee cocktail dress a-la Hailee Steinfeld. 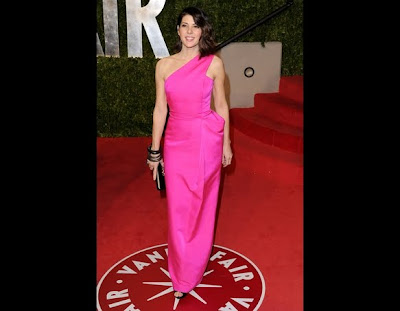 Marisa Tomei
Thank gawd she changed out of that yuckiness and into this! I'm not super into the bulge of fabric at her hip but everything else rocks - the color, the cut, the length, everything. Better late than never. 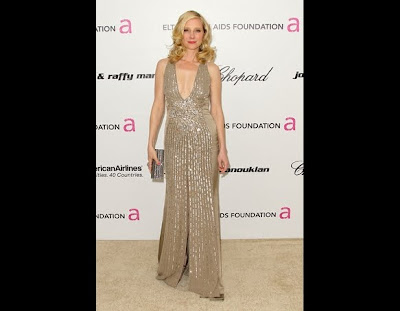 Anne Heche
Show of hands: who thinks Anne didn't get the Oscar invite and is just here crashing parties? Me, too. Still, girlfriend looks good. This golden dress does wonders for her complexion and her hair looks great. She looks completely healthy and totally not crazy. There is that weird semi-diagonal line across her chest that looks like the demarcation between self-tanner and au natural flesh, but I'm willing to believe it's just a trick of the light. 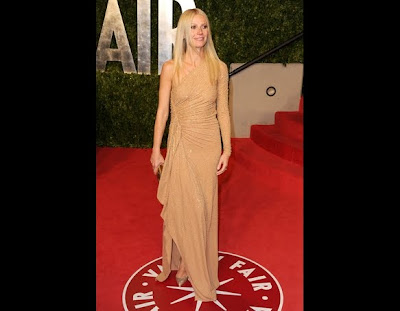 Gwyneth Paltrow
Okay, yes, this isn't quite perfect, but her silver space suit was just ho-hum and while this isn't my favorite thing in the world I'm loving it at the moment. The pic doesn't really do it justice. The gold really complements her skin and the cut accentuates her curves the way the silver thing never could have done. I love it. 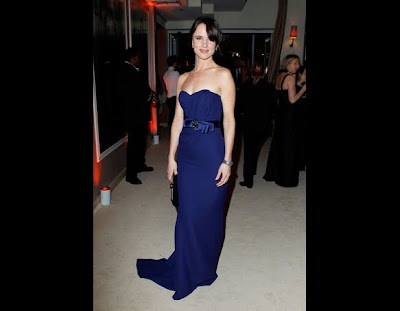 Juliette Lewis
Since, like Courtney Love, I'm accustomed to seeing Juliette Lewis not at her best, I am delighted to see this! The royal blue works great with her skin tone and the cut is beautiful. Nicely done!!

And now I think that really is it, Possums. Until the Emmy's, be seeing you.