Girlfriends I've known since Kindergarten were in town this weekend and although the weather didn't cooperate, we had very strange, annoying traveling snafus and some of the things we wanted to see up close could only be seen from afar, we had a great time. 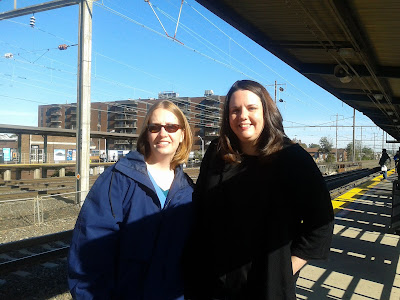 At the train station... 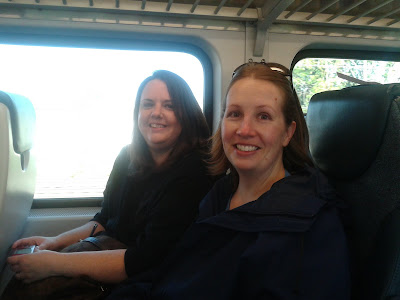 On the train!
(I swear this isn't going to be a complete play by play) 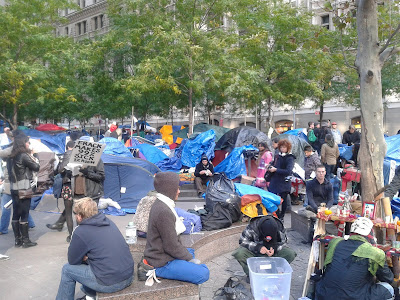 Occupy Wall Street!
An unexpected but delightful little accident
that we stumbled across this encampment. 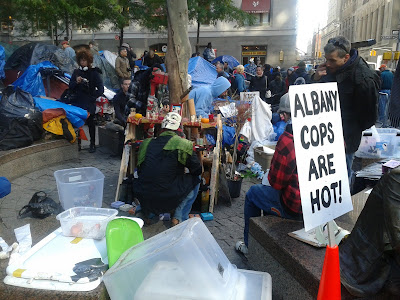 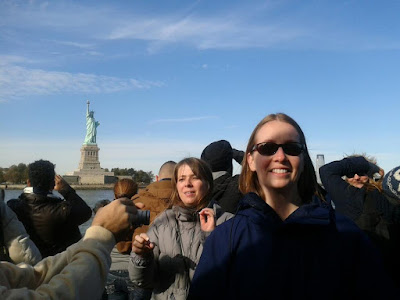 Our plan to get into the Statue was thwarted by a
30 minute line to get tickets followed by an hour long line through security.
We opted for the boat. Here's Kristen with Liberty. 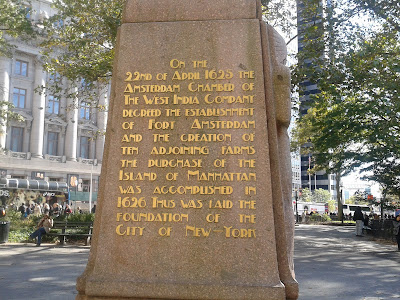 I never noticed this in Battery Park before, but it tells the tale of how Manhattan was "sold" by the Indians to the folks at the Amsterdam Chamber of the West India Company. 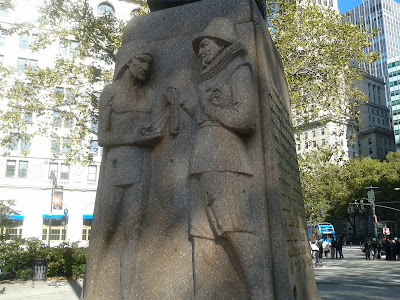 The physical depiction of the "sale".

On Saturday we braved the now-infamous Halloween nor-easter that blew through this corner of the country. We had tickets to see Avenue Q and we were gonna use 'em!

After the theater we went to Don't Tell Mama, a fabulous bistro on W. 46th that is quickly becoming my second favorite place to eat in the city. 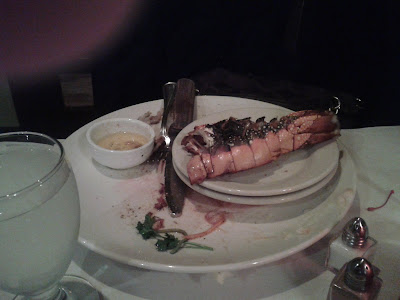 Sadly, the Lobster Liberation Front failed again.
Christina had the surf and turf and there was nothing I could do about it. 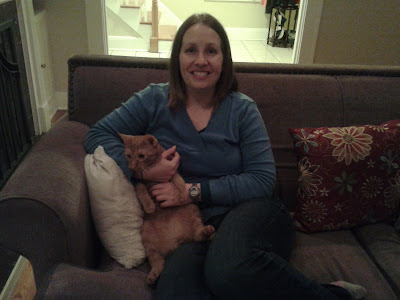 On Sunday we decided that our feet had had enough so we stayed home (thankfully the power kicked back on by nine am), ate junk food, got mani-pedis and watched Bridesmaids.

An excellent time was had by all, even though Kristen only got to cuddle with two of the four cats. Taco and Fiona were good sports but they didn't put up with it for long. Cuddling is for babies they tell me and they are NOT babies anymore. Except for when they feel like cuddling, that is.

Until next time, ladies! It was a pleasure having you with us. I hope we made your stay as enjoyable as possible. Don't forget to use your Savacon Rewards points when checking out and making your next reservation.
Posted by Kate at 31.10.11