This Sunday is the Golden Globes and I cannot tell you how excited I am. It's like the producers know that January is a tough month and we need a little glitz in our lives. Plus! Ricky Gervais skewering celebrities right to their faces? Bliss.

I'll leave you with 2009 Globes Best In Show Drew Barrymore: 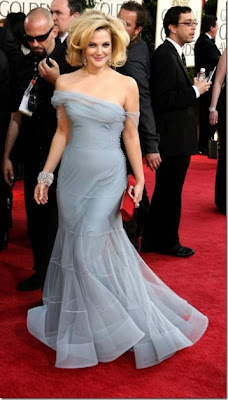 And remind you that on Monday I'll have the 2012 installment of the Globes Slam!