I've been shamefully neglecting this space of late and I can't even give a good reason why. True, I spend a lot of time on Facebook these days and it's a lot easier to quickly upload pics with captions as a means to document life as I know it.  But there are certain times when the blog works best as a place to tell a story. 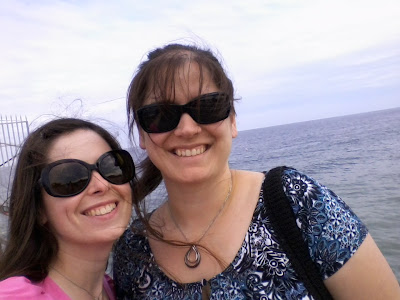 My fabulous cousin Jennie came into town last weekend
and we hit the ground running. The afternoon she arrived we headed
"down the shore" as they say in Jersey.
Here we are on the fishing pier at Ocean Grove

Ocean Grove is an interesting place.  For some reason, the people who summer here live in quasi tents that look like really nice, legal, shanty towns.  Apparently, the tents are never for sale, they are handed down generation after generation in each family. 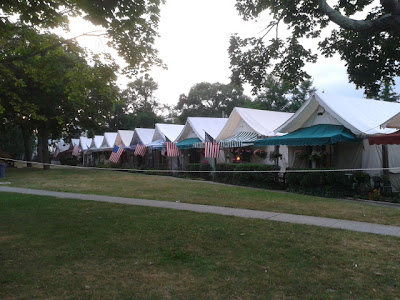 The front part of the dwelling is canvas, which is where the bed usually is, and there's always a little front porch for a rocker or lawn chairs as you can see, but in the back is the more permanent part of the property, a concrete block with running water and (I think) a toilet (I've never been invited in, this is all just hearsay). 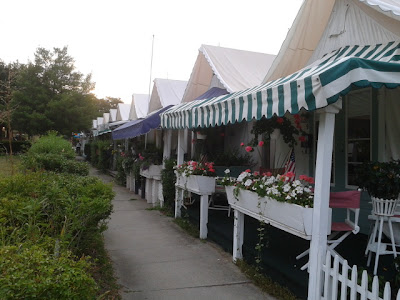 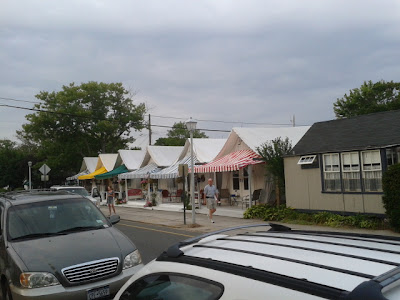 The next day we headed downtown to see the progress on the WTC,
Battery Park, Chinatown and Little Italy.   It was hot but we had fun. 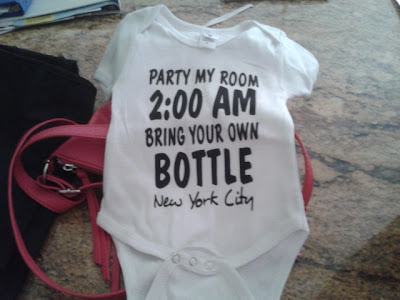 Found this for the newest member of our family, Jennie's nephew, Liam.
To be honest, Liam is, like, my second cousin or something
but I think of him as my nephew, too.
Hope that's okay, Kim & Bill!

And on Monday we got up at the butt-crack of dawn, trekked into
NYC again and headed for ABC studios for The Chew!  We were literally the first people there, which makes sense since we pulled up, literally, at quarter to seven in the morning. 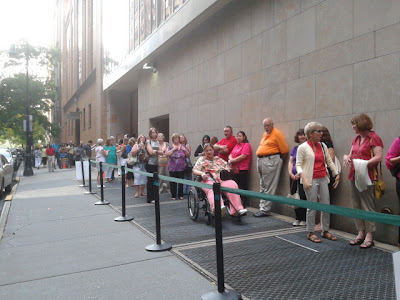 Here's the line at quarter AFTER seven.

And here's the studio from our seats IN THE FRONT ROW.
BOOM. 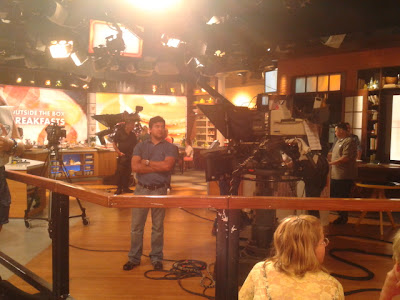 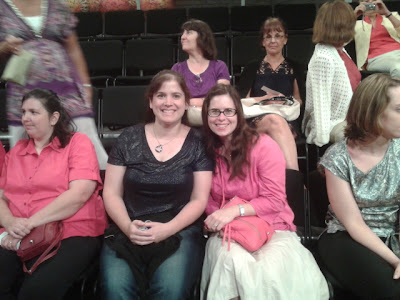 And here we are in that front row.

And here's the link to the episode we taped.

You can see us twice in the first twenty minutes or so, just crowd shots, but still.

How cool are we? Very cool, I think.